During yesterday’s playtime Mrs Wearmouth’s chocolate went missing from her lunch box.  We called in Daniel’s dad, Mr Shuker, who works for watson burton LPP law firm in Newcastle.  Mr Shuker set up some role play to find out who took the chocolate bar!  We had a policeman, a culprit, a defense solicitor, a prosecution solicitor and a very enthusiastic jury!  We heard all of the evidence and the jury declared the culprit – Lewis – to be guilty of moving the chocolate bar (which was later found in Mrs Wearmouth’s mouth!!) 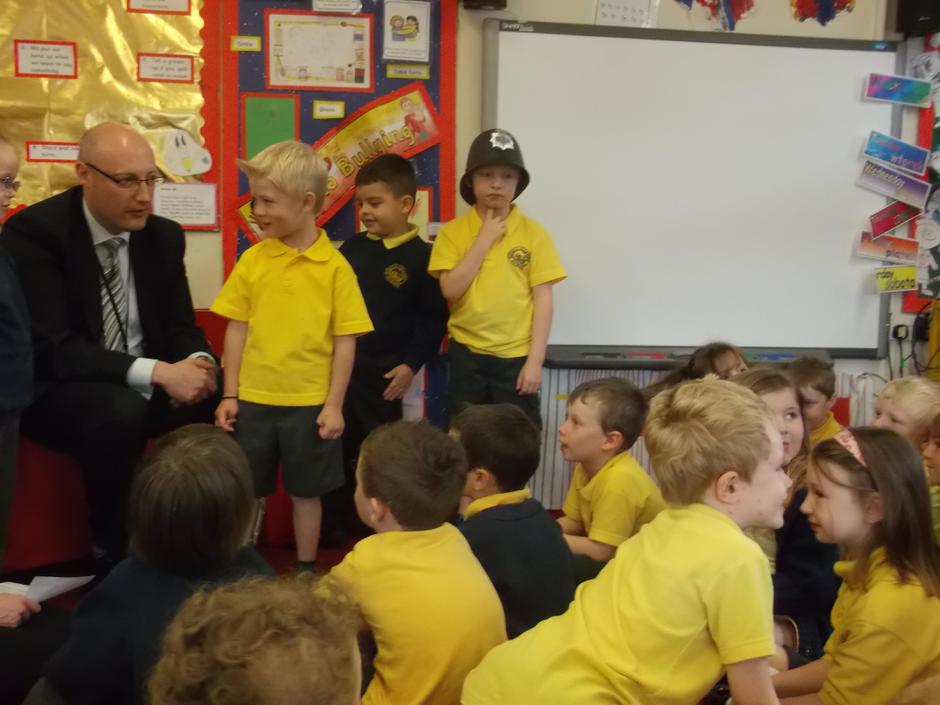