We currently have 12 school governors who meet formally once a term to discuss and approve school matters. Our governors play a very important role in the school, supporting and challenging pupils and staff to further improve standards. Each governor is linked to a different aspect of the curriculum and the School Improvement Plan, and monitors and reports standards to the Full Governing Body.

I was delighted to be co-opted on to the Governing body on 1st December 2016. My term of office was renewed in November 2020 and I have been Chair of the Governing Body since the summer of 2021. I am currently also part of the Curriculum and Standards and Resources sub-committees.

I volunteer in Bill Quay as senior leader of Bill Quay Community Church (Station Road) and as such I’m very keen to develop links with the school – we’ve enjoyed hosting a number of school events over recent years. My professional background is in education. I taught for over 24 years at Heworth Grange Comprehensive School, teaching sciences to GCSE and Physics to A Level. I was Head of Science for several years, managing a team of 13 teachers and 3 support staff, as well as overseeing the budget. In January 2010 I moved to work in Gateshead’s school improvement service as a teaching and learning consultant, where my remit included assessment for learning, gifted and talented provision and thinking skills. In 2014 my role changed to advising on school performance data. As part of this, I now produce reports to support school self-evaluation and LA evaluation of school performance. I also produce reports to help the LA form an overview of outcomes across the Borough and to enable the LA to produce self-evaluation reports. Part of the role involves supporting Head Teachers and Governors in using and interpreting reports used by Ofsted.

I entered the teaching profession because of a strong belief that children and young people are hugely important and that they deserve the best possible preparation for life as independent adults, and I wanted to play what part I could in contributing to this. My role at the LA involves less direct contact with young people, but has the same basis as it has the potential to influence what happens in many local schools. I very much hope that the understanding that I have of the role of a teacher, and the skills that I have developed around improving teaching and learning and around use of data, will be of some use in the context of this school’s governing body.

I have been a Parent Governor since June 2011 and was elected as Chair in November 2013, a role I carried out until the summer of 2021, when I became Co-Vice-Chair. Following reconstitution, I am now a Co-opted Governor with my term of office running until March 2023. I aim to ensure that standards, quality and care are at the forefront of everything the School does to provide the best possible experience of primary school for our pupils.

I am on a number of sub-committees, including Resources and Pupil Discipline. I am the current Link Governor for attendance and safeguarding, and I also link with the Senior Leadership Team to monitor progress and marking.

My professional background is in the NHS, qualifying as an Occupational Therapist in 1997 and working currently as a Psychological Therapist in the Mental Health field.  Skills offered to the Governing body include leadership and management experience, risk assessment and strategic planning, expertise in safeguarding and child protection and promotion of emotional wellbeing and care. 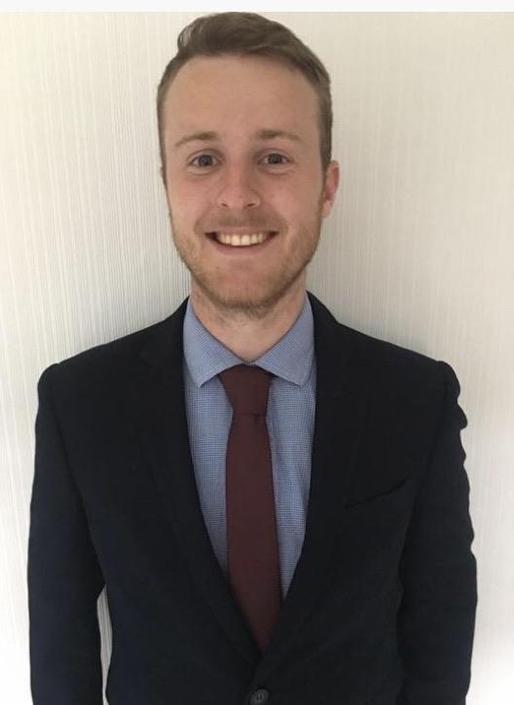 I am known as 'Mr T' in school and I am the Year 4 class teacher. As well as teaching all Year 4 curriculum subjects, I have the role of schoole RE co-ordinator. Teaching is my passion and I love working at Bill Quay. I have become a staff governor to see more of what goes on 'behind the scenes' in our school and in education generally. I'm looking forward to working with the Bill Quay Governing Body and contributing in new ways to the running of the school! My term of office began in June 2022. I joined the Governing Body as a Community Governor in June 2013. Following reconstitution, I am now a Co-opted Staff Governor with my term of office running until 2023. I originally became a governor as a parent, to offer to the school the skills and experience I have had in education and youth work over the years, and also to help the school develop its community links. I now work at the school part-time, teaching Music and French across all classes and co-ordinating both subjects across the school.

In addition to my role on the Full Governing Body, I am on a number of sub-committees including Curriculum and Standards and Appeals.

I am the current Link Governor for the Humanities and English, with extra responsibility connected with the school website.

My family and I have lived in Bill Quay since 2006 and my son thoroughly enjoyed his time at Bill Quay Primary School. In the wider community, I was the Vice-Chair of the Friends of Bill Quay Park for many years, and I also currently co-ordinate the music and children’s work at Bill Quay Community Church.

I studied History with French at University and then spent a year as a Youth Worker before doing my PGCE in History and Music. I worked at Heworth Grange Comprehensive School for six years where my responsibilities included teaching History, co-ordinating Gifted and Talented provision and working as Assistant Head of Year 7. Since 2002 I have also been self employed as a Musician, teaching privately and also in a number of local schools, including Bill Quay, as well as performing at a range of community groups and in connection with church events and conferences both locally and nationally.

I joined the Governing Body as a Parent Governor in November 1999 when my two sons attended Bill Quay. I was elected as a Community Governor when my sons left the school to go to secondary education. Following reconstitution, I am now a Co-opted Governor with my term of office running until 2023. I originally applied for the role as Parent Governor to ensure that the school provided a safe environment where my sons and other children could be offered as many opportunities as possible to develop their full potential. I still feel passionate about this and have stayed on the Governing Body to ensure that the school still provides this for the children in our community.

In addition to my role on the Full Governing Body, I am on a number of sub-committees including Resources, Curriculum and Standards and the Head Teacher’s performance review. I was appointed as LEA Governor in 2007 due to my seat at Gateshead Council. I served two four-year terms in this role. Following reconstitution, I am now a Co-opted Governor with my term of office running until 2023.

In addition to my role on the Full Governing Body, I am on a number of sub-committees including Appointments and Resources.

I am the current Link Governor for ICT.

I have a first degree and a Doctorate in Psychology, and a Masters Degree in Computing.  I held various teaching and research posts in both of these subjects, most recently as a Senior Lecturer in Computing at Northumbria University.

Following my retirement and the loss of my Council seat, I have been trying to make a difference to the local community in other ways, through various kinds of voluntary work, most of it connected with health promotion. I lead walks for Age UK Gateshead, and am Treasurer of Wayout in Gateshead (WinG), a voluntary organisation that runs educational courses in outdoor activities. I also help WinG with the development of its adult courses, and with grant applications to support these.  In addition, I carry out risk assessments for Diabetes UK at its road shows across the region.

I am thrilled to be the newly appointed parent governor and look forward to providing a parental perspective on the strategic decisions made that affect the children, staff, parents and the wider community of Bill Quay.

I moved to the area in 2008 when pregnant with my eldest daughter as I was drawn to the strong sense of community in Bill Quay. I was keen to have my daughter attend the school, which she did until confidently transitioning to secondary school this year. My youngest daughter is now in year 2 at Bill Quay and is thriving in the happy, safe environment the school provides.

I have worked in education for 20 years in various teaching roles, but I have always had a special interest in science and SEND. I now work as a lecturer in Deaf Education at the University of Manchester, where I teach qualified teachers in subjects such as audiology, language development and assessment and curriculum access.

I am looking forward to supporting the work of the sub-committees, and  feel thankful to have been given this opportunity to work with the school.

My name is Leighanne Softley and I have twins who have just joined the Reception class this year, transferring from the Pre-School provision based on the school site. I am passionate about education and was delighted to be elected as Parent Governor in 2021.

I am the link governor for EYFS, which is particularly exciting with the developments Mrs Hilton and her team are making to the EYFS areas in school, as well as the changes made by the DfE to the EYFS framework this year. These changes focus on improving outcomes at age 5, particularly in early language and literacy, and reducing workload so that staff can spend more time working with the children in their care.

For the past sixteen years, I have worked in Education as a Primary School Teacher in Sunderland Local Authority. I have workedi n all primary school phases, both as a class teacher and in different managerial roles. I have also previously served on a Governing Body whilst holding the position of Acting Deputy Headteacher. As well as my experience in the classroom, I have a clear understanding of school finance related to the additional funding received for Pupil Premium Sport Premium and SEND pupils. My current role is in a large 3-form entry school in Sunderland, where I champion SEND pupils to ensure their needs are met. Previously, I have led curriculum areas such as mathematics (a personal passion of mine) and completed my MaST qualification with the Open University.

My different managerial roles throughout my career have afforded me the opportunity to support staff to improve teaching and learning across the school, to the benefit of all children, and I hope to use the qualities, skills and experience I have gained to make a difference whilst serving on the Governing Body of Bill Quay Primary School. 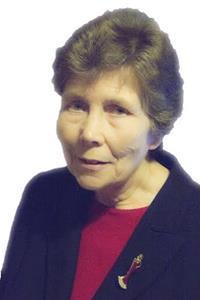 Cllr. Wheeler represents the Local Authority on our Governing Body. She is also Vice-Chair of the Governing Body at The Drive Primary School.

Unfortunately not the ones with chocolate chips.

Some cookies are necessary in order to make this website function correctly. These are set by default and whilst you can block or delete them by changing your browser settings, some functionality such as being able to log in to the website will not work if you do this. The necessary cookies set on this website are as follows:

Cookies that are not necessary to make the website work, but which enable additional functionality, can also be set. By default these cookies are disabled, but you can choose to enable them below: